You have to follow standard rules for price amortization etc. If however you have imports, then indeed you may have to rely on some simplifications. Alternatively you can delegate the calculations to external parties. For imported goods you can introduce standards of reporting. If importing organization complies with the standards, then it just provides the information on the carbon footprint breakdown.

If organization does not comply, the numbers are taken from the National Ecology Certification Agency giant lookup table.

If you have enough political power, you can introduce a tax for not complying with the standards of reporting. But also not so nice as the appearance of rare fauna in new places seems like it is simply further evidence of the ongoing extinction event …. How does one go about rehabilitating an animal with such a relatively high risk of carrying rabies? Does the person get vaccinated against it ahead of time? The only known zoonotic disease i. Therefore there is no risk to the public if you do not handle bats. If you need to handle a bat i. Bats are underappreciated cute animals.

The incipient extinction of rarer species would be very sad. Yes, just look at that black and tan sky puppy! Workers at major tech companies protesting military contracts has been in the news recently, and it got me wondering if that sort of work would bother me. What do the other software developers here think?

Moby Dick (with panel zoom) - Classics Illustrated has been added

The military of my country is a useful and necessary institution and I generally approve of it, while disagreeing with some specifics of how it is run and what it is used for. The military makes the world a better place more directly than most software projects. I would have no problem with working with them. I am a software developer working for one of those companies.

The only thing worse would be working for something like Palantir, as the secret services their main clients experience way too little of public scrutiny in most countries. You, uh, live in a democracy. You might not be able to get public policy to match your preferences.

In this case, the supermajority. You are, of course, free to choose to work with the government or not, as you should be free to choose to do work or not according to your ethics. First, it is valid to hold an opinion that army is under-controlled by the public I am not stating that though. 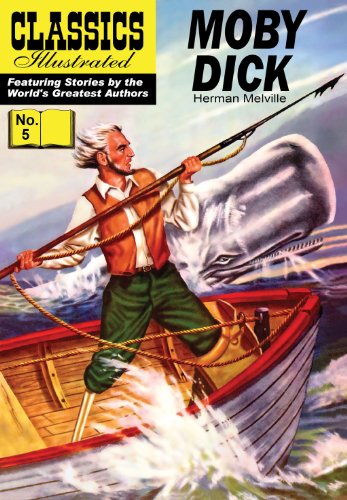 How did you get clearance? Or onto the team at all? The US has rules that say most work has to be done here. But if you want to make that argument, you have to actually make it. Ideally to the citizenry who can then elect representatives to enact those opinions. As a private individual, my job is to decide whether the work individually lines up with my personal moral code, economic interests, etc.

And as a citizen, my job is to use the levers of the state to get such outcomes as I believe are best for the body politic. But I must enter the forum as an equal, both equally empowered and equally subject to the state. It is poisonous to enter as someone who can obstruct the plan because of my private power and then to bargain as if I was equal to the whole of the citizenry. These people have been handily beaten at the polls. I guess the key difference, to me, is compulsion by the government to do things for the government vs.


They are not wholly different, but I think they do require separate analysis and hopefully separate policies governing them. In any case, I am not sure if it is required that not only the project is developed on the American soil, but also that all the participants are US citizens. Regarding me vs Company.

Regarding Company vs Military. One pretty easy standard to have is that anyone is allowed to refuse to do business with anyone else for any reason or none—that makes it easy for people to refuse to do things that they find morally questionable. That means you have to sell Tiki torches to neo-Nazis and cattleprods to the Egyptian secret police. Nobody can force a white racist to choose a black doctor, and nobody can force a pacifist to go to work for a defense contractor. Besides though perhaps not unrelated to the smarmieness, this seems very poorly reasoned.

Would you tell a suffragette that women not having the right to vote despite her objection is a feature, simply because the majority willed it to be so? What would you say to a slave?

Were I to avoid defense-related employment, I could not count on an equally talented Chinese, Russian, Korean, etc. Therefore, because certain individuals at certain tech companies seem to be thinking about this question at such an unrealistic and naive level, I consider it a moral imperative to continue in employment in the field of arms development. I likewise consider it a great danger to the country that some of our best and brightest see no value to and active harm in! No military remains in a static state, and active development is necessary to maintain parity.

Since the second world war, most advancements in military technology fall into the category of increasing precision and stealth, not raw power especially in a software context.

If minimizing unintended casualties of an otherwise unalterable war effort is the most altruistic thing I can hope to achieve, I would consider that a success. Endorsed entirely. At least now we know where they stand. Exactly what I thought of, except I worry that because of lead times, our generation could be too late to get the irons in the fire. The Manhattan Project took 6 years to produce.

Could we really endure a full-scale war at modern armament levels for 6 years if the techies waited til the last minute to pull their heads out of the sand? Especially considering how exposed our infrastructure has become due to networking. Perceived capability is what matters during peacetime. Afghanistan and Iraq have been enduring a full-scale invasion by the United States.

A war where we actually needed new technology would probably not be one where we could wait around for many years for that technology to become available. It is entirely clear that the United States cannot count on being able to prevail in a full scale war that lasts over a decade with a tiny, technologically backward country.

Why would we be able to do so with a technologically advanced near-peer that is vastly larger and more populated? The objectives are different. If our goal in Afghanistan or Iraq had been to destroy every city with a population over 50,, blow up every bit of important infrastructure, and make sure the local population would need a generation to build back up to the point of being able to pose a threat to anyone, we could have done that by now.

And our objectives in China would be to just kills lots of people?

source We would have military objectives to take and hold. And we can barely do that against backwards Afghanis. That would be a very different kind of war, with very different objectives. Presumably, the goal against China would be something like crippling them in pick any combination of :. Basically we would be trying to ruin their key infrastructure and leave them as a weakened state. If China seriously engaged in an attempt to take Taiwan by force, we would have to respond by taking Chinese territory in order to end it.